WELCOME TO MY WEBSITE. I'M KEVIN BALLING, AN INDEPENDENT FILMMAKER/ PHOTOGRAPHER . IF YOU HAVE VIDEO OR
PHOTOGRAPHY  NEEDS, PLEASE CONTACT ME.  YOU CAN FIND OUT MORE ABOUT ME HERE.

SOME OF MY PERSONAL FILMS ARE BELOW.  PHOTOGRAPHY IS HERE

Watch "Hemp and the Rule of Law" 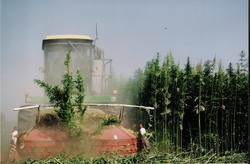 Blending history with current events "Hemp And The Rule Of Law" traces the hemp's legendary past in U.S. agriculture and chronicles the politically-charged debate to return the crop to American farmers. I started this film in 1996, when most western countries made the distinction between hemp and marijuana, and once again began to grow the crop. The film was completed in 2004, and graphic information was added after that as developments were made on the issue. The U.S. finally legalized hemp farming on December 20, 2018.


“It's an incredible film!   Every member of Congress should see this video. If you watch it and don't
think that  hemp farming should be legalized then you weren't paying attention.
"It's so good that I would show it to my grandfather without any reservation."
Tom Murphy,  Vote Hemp

"The best video treatment of this subject to date.  Make the most of this video, show it
everywhere"
Dave West, Ph.D. Plant Breeder.  Director, Hawaii Industrial Hemp Project

THE ONLY FULL LENGTH FILM ON THE LEGENDARY PERFORMERS !!!
Watch Doc and Merle 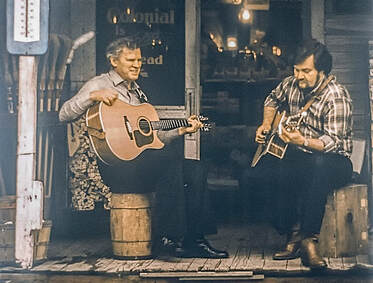 "DOC AND MERLE"  1986   (Running Time 85 Minutes with Bonus Footage)
This film was co-produced with Joe Murphy. We shared all positions of Producer, Director, Camera, Editor, Researcher. Joe and I filmed legendary musicians Doc and Merle Watson over the course of two years, from 1983-85.  It was my first film. "Doc and Merle" offers an intimate glimpse into the father and son's lives and music. 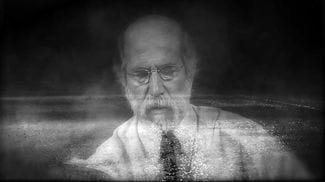 ﻿﻿"BATHANTI"﻿ ﻿  (2013) (Running Time 72:42 )  (Kevin Balling---Producer, Director, Camera, Editor)
From 2007-2011, I traveled with former NC Poet Laureate Joseph Bathanti to the places that  ins﻿pire his poetry, novels, short stories, and essays. From the streets of Pittsburgh to the rural landscapes of North Carolina, ”BATHANTI” reveals the writer’s style, inspirations, and influences.  Interviews with the author are blended with the insight and perspective of writers Michael Parker, Robert Morgan, Heather Ross Miller, Abigail DeWitt, Kay Stripling Byer, and Ron Bayes. The filmmaker utilizes location footage, photos, archival film, text, and soundtrack to interpret readings of the author's work. During the editing of the film, Joseph was appointed Poet Laureate of NC.


Watch "BATHANTI"
​
"It seemed inevitable that poet, educator and author Joseph Bathanti would one day ascend to the exclusive rank of North Carolina Poet Laureate. Now, Kevin Balling's documentary shows us why he so richly deserves the role. In readings of his work, touching visits to the sites of his Pittsburgh beginnings, and exclusive interviews with longtime writers and friends, "Bathanti" gives us unique insights into one of our state's most accomplished men of letters. And Balling's skillful mix of off-the-cuff camera footage, archival photos and music makes the experience engaging from beginning to end".
David Potorti, Literature and Theatre Director, North Carolina Arts Council

“CATALPA’’
​A film by Kevin Balling
(2017)
Two magnificent catalpa trees are the first thing that I see when I walk out the front door of my home. They stand like sentinels that frame my views as I sit on my porch--often with my camera.
I shot images of the trees throughout the year, and edited them to a soundtrack that includes sounds from the natural world, including the internal sound of a tree, solo guitar and piano. Sound artists volunteered soundtrack elements for the film. Informative text and archival materials provide the Catalpa's historical and botanical significance, and form the narrative of the filmmaker's personal experience with the trees. 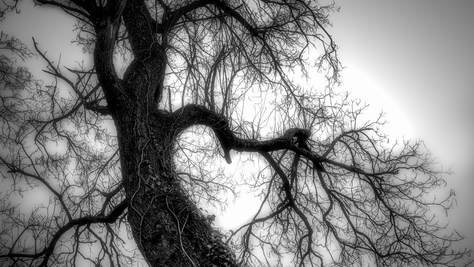 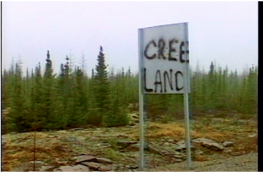 The Cree and Inuit in the sub-arctic wilderness of northern Quebec fight to stop Phase 11 of the world's largest hydro-electric project. Phase 1 flooded 11,000 square miles of their land and disrupted their hunting, fishing and trapping way of life. 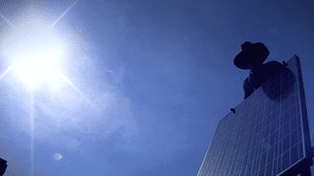 A glimpse into the solar energy industry in North Carolina. Solar has seen a rapid growth spurt over the past five years in NC, due largely to the development of large solar farms throughout the state. The piece also looks at rooftop solar in the state, and the political and financial challenges it faces. 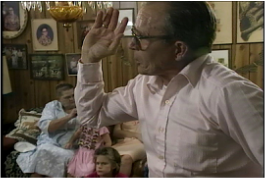 The Old Regular Baptists are one of the most traditional religious sects in America. They live in a small geographic pocket in the coal mining region of Appalachia. The preachers, mostly coal miners, are not ordained but "called" to preach. This film was shot in one weekend, in Pike County, KY during the "Family Memorial" of Raymond Smith and his wife Maudie. Family Memorials are annual, traditional events where families pay tribute to their deceased family members. My interest in this topic is not religious, but cultural and ethnographic.
Watch Film 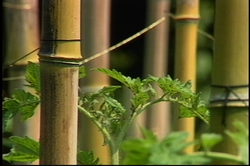 A short film that was shot entirely in my vegetable garden. I filmed the entire life cycle of the garden, from May through November. Images are put to a constructed soundtrack that includes vocal ensemble, Tibetan singing bowls, Latin Mass, Buddhist chant, and natural sound. The garden is seen as a sacred place, and a metaphor for the natural cycle of all life.

Watch Film
“CATHERINE ALTICE’’
A short film by Kevin Balling that profiles the diverse works of artist Catherine Altice.  Catherine is a painter and photographer, a jewelry and performance artist, and also works in mixed media, fibers and film. 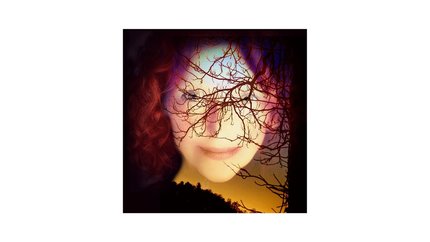 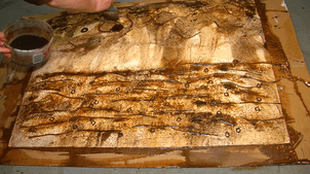 ﻿﻿The ﻿making of a rust-based painting created by artist Catherine Altice. See more of Catherine's work at﻿ ﻿www.tinroofstudio.com 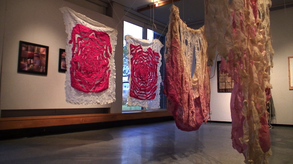 
﻿In 2011, artist Catherine Alti﻿c﻿e received her Master of Fine Arts (MFA) degree from Johnson State College/ Vermont Studio Center. The video was shot at her final thesis show, and edited to a soundtrack of music and Catherine's reading of her Artist's Statement for the show. 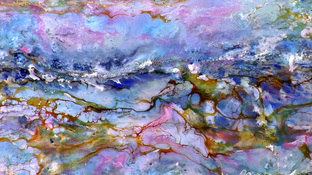 ​"Immersion" is a solo art show by Catherine Altice. It was exhibited at The Jones House in Boone, NC during the summer of 2015. The video includes the hanging of the show as well as Catherine's dialogue which offers a glimpse into the inspiration for the paintings.﻿﻿ ﻿﻿​
Visit Catherine's website  ​www.tinroofstudio.com 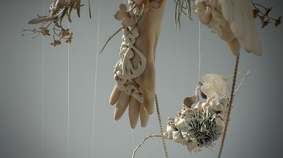 "At The S﻿eams"﻿ (﻿Running Time 2:28)
﻿
﻿Artist Catherine Altice reflects on the inspiration for her 2012 show at the Turchin Center, Appalachian State University. See more of﻿ Catherine's work at www.tinroofstudio.com


Watch "At the Seams"
Top  About   Contact   Photography
Powered by